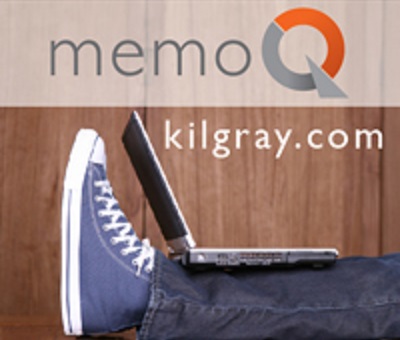 I recently purchased a MemoQ Translator Pro license through a proz.com Translator Group Buy (TGB) and in this posting I will share why I finally decided to purchase MemoQ as well as my experience with the TGB.

Does a professional translator really need more than one major CAT tool?

MemoQ is a relatively new CAT (Computer Assisted Translation) tool that has managed to snatch up a significant portion of the market for professional translation tools over the last few years. While MemoQ was only released in 2006, according to a proz.com survey aimed at fulltime professional  translators, about 25% of the respondents were using that tool by 2013, and I have noticed familiar translation outsourcers starting to use MemoQ around 2011-2012. However, as a user of SDL Trados for nearly 10 years, when it came time for me to consider the purchase of a MemoQ license I was hesitant to make the investment for several reasons:

I purchased a license to SDL Trados shortly after becoming a freelance translator in 2004 simply because it was the dominant CAT tool in the industry and working with many translation outsourcers required owning a license to this tool. Few if any translation outsourcers have ever asked me to use MemoQ until very recently, and those that did have always provided me with a free temporary license to use with their server products.

Since Trados has been my primary tool for so many years, and especially since I was formally trained on SDL Trados during my graduate work in translation at the University of Denver, I have become so accustomed to the way it looks, feels, and functions, especially when it comes to shortcut keys and specific commands, that it was very hard to change. What can I say, I am a creature of habit!

Does a professional translator really need more than one mainstream CAT tool? Since the vast majority of features and functionality of one tool are duplicated in another, it seems to me that the answer is “no”. For example, MemoQ Translator Pro is able to process Trados Studio xliff files and vice-versa, and the most recent versions of each tool duplicate just about every function of the other (for a detailed comparison of these tools, you will want to see Emma Goldsmith’s excellent post SDL Trados Studio and memoQ: side by side). In fact, working with more than once tool is more likely to slow a translator down since it requires learning new interfaces and shortcut keys, importing and exporting TMs, etc.

In my own case, sticking with Trados Studio has always been significantly cheaper than making the move to MemoQ or any other new tool for three primary reasons: First, the upfront cost of any new tool is always high because it requires purchasing a new license rather than simply purchasing upgrades to an existing license. Second, the long-term costs of MemoQ are higher because the license only includes 12 months of updates, after which translators are required to purchase annual upgrades (currently ~160 USD). In contrast, Trados Studio upgrades are purchased for specific versions, which tend to come out every 2-3 years (2007, 2009, 2011, 2014). Third, SDL and other major CAT tools such as Wordfast offer translators based in developing countries special rates that are below those offered on the proz.com TGB or elsewhere, but Kilgray (the publisher of MemoQ) does not.

I did not actually choose MemoQ over SDL Trados, but rather my client did

So, what convinced me to participate in the recent proz.com TGB? The answer is quite simple: I recently started working much more closely with a high-value client that has invested heavily in MemoQ server products and the volume of work that I am now doing with MemoQ justifies the costs of purchasing and maintaining a MemoQ Translator Pro license. In other words, all of the points that I outlined above have become moot in light of a new business reality. You might even say that I did not actually choose MemoQ over SDL Trados, but rather my client did, and I chose to continue working with my client.

My Experience with the proz.com Translator Group Buy

However, while I am happy with the tool itself, when it comes to my experience with the Translator Group Buy, I have to say that my feelings are mixed. Participating in the group buy did give me a discount off of the full retail price, but I was overbilled and was never issued an invoice for my purchase that I can use to claim the expense on my Ecuadorian tax return.

Here are two minor gripes that I have with the proz.com TGB: First, while the price of the MemoQ Translator Pro license is advertised on the proz.com TGB webpage at $462, the actual price billed to my credit card was $491.74. Since there is no mention of any surcharges or USD-EUR conversion fees, I asked proz.com to clarify this charge but received no response. This hardly seems fair to me because I would not be allowed to add a 6.5% surcharge to a translation invoice without an explanation! Second, since the Kilgray webshop is set up for European VAT numbers, I was never given the opportunity to input my Ecuadorian TIN number (as I have done every time that I have purchased an SDL product). I brought this to the attention of the Kilgray sales department but was told that the automatically generated  invoice that I was provided (which is incomplete and invalid) will be the only invoice that I will receive. This is unfortunate because it means that I cannot claim the $491.74 as a business expense. This also seems unfair to me because when I bill a client in the European Union I am required to issue a valid invoice with that client’s European VAT number. Don’t I deserve the same professional courtesy?

In conclusion, despite my disappointments with customer support provided around the TGB, I am satisfied with my purchase of MemoQ Translator Pro and I am enjoying the switch from SDL Trados Studio, especially the user-friendly interface and the ease of executing certain tasks such as entering terms into a terms base on the fly. I have found Kilgray’s webinars to be very useful as far as learning the more advanced features of MemoQ and I have made it a professional goal to go from an intermediate to an advanced MemoQ user over the next 12 months. The Proz.com forums are also a very useful source of product informatin and support, and a Google search of a particular CAT tool issue is likely to bring you to a forum discussion resolving your particular problem. Most importantly, since I will be using this tool to serve a high-value client, I know that my purchase was justified and that this technology will represent a solid investment over the long term.